Meet our expert lawyers who are dedicated in making life better for our clients. 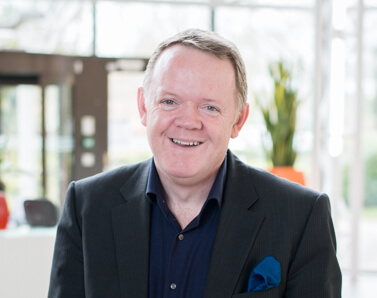 I’m a vastly experienced neuro trauma solicitor who has successfully concluded some of the most complex and high value brain and spinal cord injury claims in the UK in recent years.

Widely regarded as one of the most experienced catastrophic injury solicitors in the UK, I have an incredibly successful track record in achieving fantastic outcomes for the clients I represent. All my cases are brought in the High Court in London and almost all of the settlements I achieve result in seven and eight figure compensation payments for my clients.

There are few solicitors in the country who can match the experience I have acquired over the last 30 years dealing with complex personal injury claims.

My clients come from across the UK and internationally, and I have significant experience of acting in cases where the injury was sustained abroad, or where liability is denied. I have particular experience and expertise of acting in cases where there is both a severe spinal cord and brain injury trauma. I have acted for many years as a professional deputy and understand the interface between the litigation claim process and the court of protection for our clients who lack capacity to conduct their own litigation or manage their financial affairs.

In 2017 I was shortlisted by the Law Society for UK solicitor of the year in recognition of the work I do in supporting people who have sustained catastrophic injuries and the charities who also support them. I’m also an ambassador for CBIT, the national charity which supports children with acquired brain injury and I regularly participate in fundraising events.

I have a dedicated team of lawyers who work alongside me, all of whom have vast experience of succeeding in complex and high-value brain injury and spinal cord injury claims. I visit clients at major trauma centres, hospitals or rehabilitation centres throughout the country. I also see clients at their homes or, if they prefer at an appropriate venue close to their home. I’m also able to see clients at our offices in London, Richmond, Guildford, Woking, Southampton and have access to meeting rooms in most major cities.

Hear from the clients and experts

What the clients say

First class all round.

Ever since we became clients, we have been greatly impressed by their professional expertise and their comprehensive grasp of the overall legal situation. Moreover, not only did they have all the legal skills we would have hoped for, winning the case for us handsomely, but they also took considerable care to keep us fully informed. At every stage, they explained matters sympathetically. They were unfailingly efficient and courteous at all times; we could not have been better served.

We are both very grateful for the work you have done and getting us the best possible result. We can see now that the road ahead will be much brighter and life will be that much easier and less full of worry. Thank you.

Thank you so very much for all that you have done for me. From the beginning, you took great care to take the stress out of what would otherwise have been an unbelievably traumatic time for us. You were always so considerate and thoughtful.

What the experts say

Damian has a very clear understanding of the litigation process and, in particular, very good judgement. He demonstrates meticulous attention to detail and shows genuine compassion for the welfare of his clients.

Damian Horan, who leads the personal injury team, has an outstanding track record in catastrophic injury cases; he is a go-to for individuals that have sustained severe brain and spinal cord injuries.

Damian Horan is praised for his “first-class customer service,” explaining that he is “completely invested in and flexible to the client’s needs.

Damian Horan is commended by sources as “an acknowledged specialist in the spinal cord injury field and someone who clearly cares enormously about those he represents.” Further commentators extol “his ability to empathise with clients and his practical knowledge of the way the law works.

Damian is the head of personal injury. He is regarded as one of the UK’s leading catastrophic personal injury lawyers, with particular interest in severe brain injury and spinal cord injury.

I’m a member of the following organisations:

Damian is excellent. He is very well organised, personable and thorough in pursuit of the best result for the client.

Damian understands the market well, knows what clients want, and is committed to the various charities associated with this field of work.

Moore Barlow secures a six-figure settlement as a result of a traumatic brain injury suffered by a Romanian national, who…

Benefit of representation at an inquest

Successful appeal award for an innocent victim of an unprovoked attack

Daryl Robinson, a Senior Associate in the Major Trauma Team has obtained a six figure award following a Criminal Injuries…

A review of the courts’ approach to occupiers’ liability

In this article I will be discussing what are, in my opinion, some of the most useful and interesting occupiers’ liability…